Soul Good at Strictly Social has been gaining momentum by adding a much needed element to the already popular night of eclectic soul fusion. WE are bringing back the soul in drum&bass and to celebrate our resident mixologist and producer extraordinaire Atlantic Connection has created this mix!

After 8 years apart, Miss Kitten & The Hacker, creators of the infamous "Frank Sinatra", return for the second album of electro gems, Two.

The Foreign Exchange in LA - June 14

The Foreign Exchange is finally touching down in LA. This astounding group consists of Dutch beatmaster Nicolay and Little Brother's Phonte with support from Darien Brockington, Yahzarah, and Zo!

Get your tickets here

Read the review of Leave It All Behind

You know how we do at Nu-Soul! We always have the best contests and we have another great one for you. Here is your chance to check out Miss Erykah Badu at the Grove in Anaheim for FREE! Just go to the link below and enter your info for a chance to win 2 tickets to see Erykah in concert!

(Your chances are very good of winning this contest so tell your friends to enter too!) 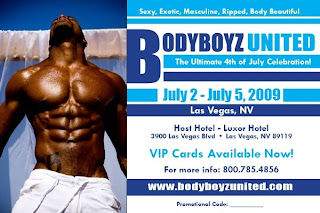 Our friend Flex is hosting this great event in Las Vegas over the Fourth of July weekend. Body Boyz United is for those professional masculine men who work hard to stay fit! Come enjoy the party. The City Gym Boys will be making a special appearance as well. Get all the details at the site of this very special event! 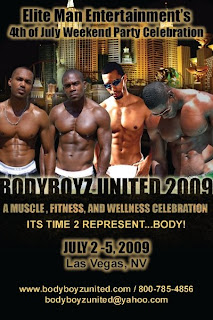 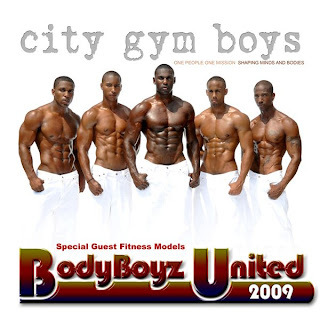 A ridiculous lineup hits LA this weekend. Nu-Soul will be covering the Jam Day with performances from Erykah Badu, De La Soul, Leela James, People Under the Stairs, Ayo and more!!!

Get the details and your tickets here

DJ Waltdigz from the Bay Area is a man after our own heart. With this killer mix, Soul Avant Garde, he spins 32 tracks of Nu-Soul-friendly artists into a masterpiece. Featuring too many to name (just check the playlist) this one will have you nodding your head for weeks.

Nu-Soul Magazine and Soul Union are proud to present another evening of ecletic soul fusion with Strictly Social on Wednesday June 17, 2009.

A confident blend of electronica, soul, and hip-hop, the prolific Peter Hadar has released two well-received full lengths and one EP through his own Cool Weirdo label in just two short years. Honing his skills by singing backup for artists such as Eric Roberson and Carl Thomas, Hadar has gone on to cement his status as one of the soul scene's most dynamic and electrifying performers. Peter has been heralded by magazines and websites such as Vibe.com, Essence, Urb, and Nu-Soul as the new face of modern R&B.

Southern California's soulful singer-songwriter Havana has a lot in common with the flava-filled Caribbean island's fresh liberation. On her 2005 debut she worked with an assortment of talented producers such as Nicolay, Symbolic One and Waajeed selling an impressive 18,000 units (physical & digital) to date. Her upcoming new album Entervention, which features production by producers like Trackademicks, GB (Sound in Color), Brook D'Leau (J*Davey) and Beat$treets, celebrates the coming to grips of Havana's hard upbringing with her life, using music to express her experiences and family issues, but never forgetting to have fun along the way.

Miz Metro has graced over 60 stages from New York to London, engaging audiences with her quirky stage presence and well crafted songs. "Her powerful, controlled voice blends with and rises above the music to bring her message of social change," explains ClubPlanet.com. With her frank lyrics and unconventional soulful pop sound Miz Metro is often compared to Lily Allen, Fiona Apple, Amy Winehouse and Gwen Stefani. Influenced by these artists along with Lauren Hill, Etta James, Billie Holiday, Santogold and many others, she draws influence in music ranging from ragtime to hip hop. Come early for a special listening session of her debut album UNLIMITED.

In the B Room: Soul Good
Soulful Drum&Bass hosted by JAYVON and ATLANTIC CONNECTION

$5 before 10:30pm with rsvp to events@nu-soulmag.com with the subject Strictly Social June (must be received by 6pm night of show)
$10 otherwise 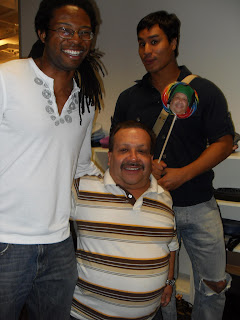 One of my best friends, Cezar, left to go back east today. But we had a blast enjoying his last few days in LA. We went to a taping of Chelsea Lately and got pics with her sidekick Chuy. Then we went to the Griffith Observatory and took in the glorious views. Fun times. He will be back soon enough I am sure, sapping all the life out of me. But until then he will be missed. 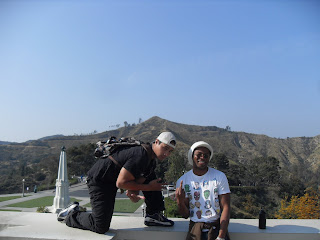 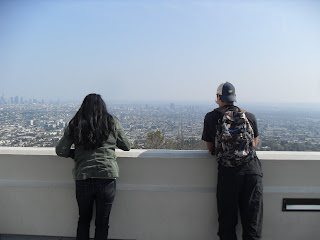 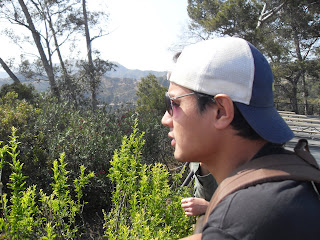 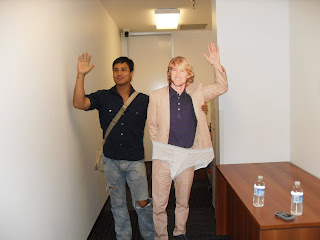 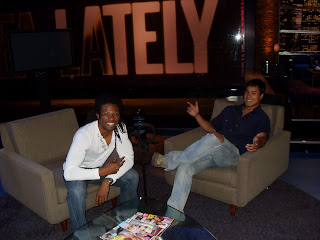