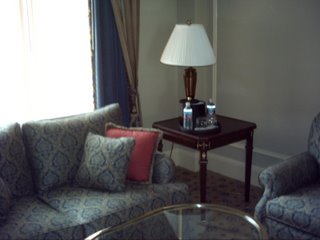 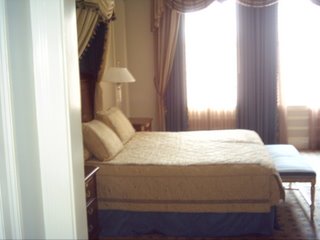 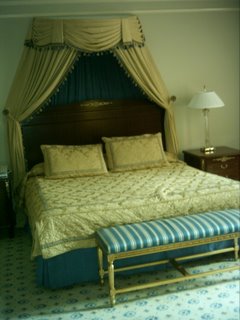 I got to stay at the Millenium Biltmore in downtown LA on Friday May 26. First I had lunch with the Director of Sales & marketing, Luann Sudarich. We had some really amazing sushi. Then I got a mini-tour of the meeting rooms and ballrooms. Unfortunately the Mexican president was passing through the hotel to meet with the mayor of Los Angeles so access was restricted and I had to continue my tour on Saturday morning.
I got to have a wonderful dinner Friday night and sip on lots of cocktails courtesy of the hotel. Thanks, Linda for hooking me up with the fabulous room.

I just received my first assignment from Kotori Magazine. It's a fairly new music magazine based in LA. My assignment is going to be on breakbeat music and how the culture is growing in different regions, in particular Florida and the United Kingdom. Pretty excited about it! 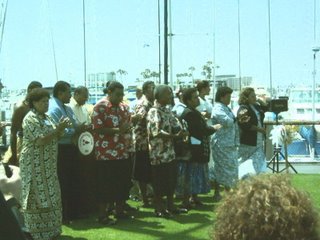 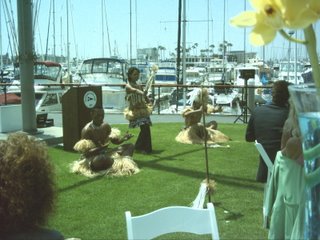 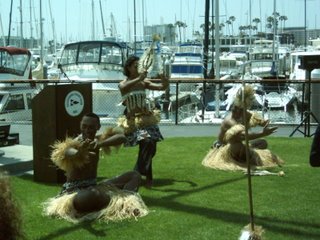 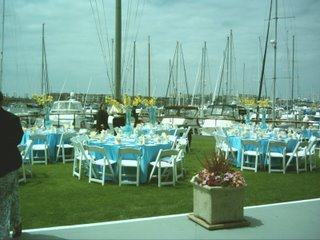 I went to a luncheon sponsored by the Fiji Tourist Board on Thursday May 4. It was a nice event in Marina del Rey right on the water at the California Yacht Club. There were many people from Fiji there to talk about their island and there were dancers showing the native style of dance. The lunch was really good. It was teriyaki salmon and mashed potatoes with a spinach salad. The desert was some sorbet and fruit in a coconut half shell.

I enjoyed this event since I got to learn about a place that I have never been to. Hopefully I can get to Fiji before the end of the year!

My trip to Cincinnati May 1-3 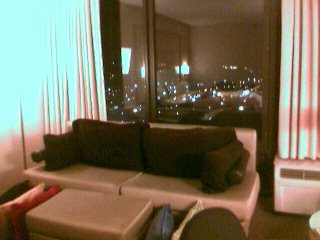 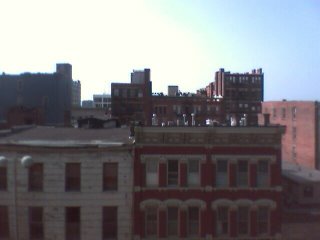 So my first press trip this year was to Cincinnati. I had never been there before so I was excited. I love press trips because whoever is sponsoring the trip pays for everything: the airfare, the transportation, the hotel and all your meals. I stayed at the Millennium Hotel Cincinnati. It is huge with 872 rooms. I stayed on the 28th floor in a superior room, as its called. The room had a huge king bed and nice desk and a cool couch. The room was in a very modern style which was unexpected. I ordered room service the first night. It was sesame crusted Tuna with stir fry and glass noodles. Plus some cheescake. LOL.

The only full day I spent in Cincinnati was Tuesday May 2nd. I got up and had a full breakfast at the hotel's restaurant then I met the other writers, the hotel staff and Linda my PR contact. We had a casual lunch then we got a tour of the hotel. We got to see the different types of rooms, all the meeting rooms and ballrooms and the pool area. After that we took a tour of downtown Cincinnati. The city is pretty cool. Cooler than I expected. The downtown is very lively with lots of folks walking around. Things are quite accessible and most of the buildings have a cool early 20th century feel to them. There are lots of brick buildings that give the city a charming feel.

We walked across a purple bridge to get to Northern Kentucky. Walked around a bit at an entertainment complex called Newport on the Levee and had a beer. After that we returned to the hotel and had dinner. I think I ate way too much.

On Wednesday I had to get up early for an 8am breakfast with the writers and hotel staff. We had conversation with the general manager and the sales director which was nice. I am always the youngest one in these things. After that we walked across the street for a tour of the newly renovated convention center, the Cinergy Center. We got to see the back area including the massive loading docks and the kitchen as the cook were preparing lunch.

The convention center was hosting an expo for the meetings industry so we got to sample the best of the city. There were lots of samples, food, drinks, knick knacks and the sort to grab. I was able to chat with a few people and that sort of thing. Then it was a lunch. I sure did eat a lot!

And after that I returned home. It was definitely a great trip. 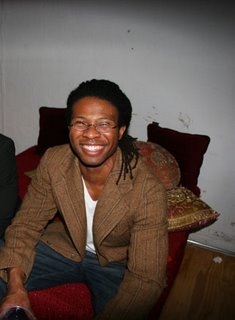 So here it is: my first blog. I want to use this space to post information about my career as a writer. I am a travel writer for Black Meetings & Tourism magazine as well as a freelance music journalist with Jointz Magazine, Prefix Magazine, and Urban Breakbeat.com. I want to start to bring both worlds together. At this year's Winter Music Conference in Miami I began to see how the two worlds can really work as one if I let them. I was interviewing artists from Japan, while using the skills I had learned at the travel magazine to plan my trip and itinerary. Although most of my travel writing is done in my office without actually visiting the places I am writing about, that is beginning to change.

As far as music goes, I have made a large number of contacts for myself since writing for Jointz and Prefix. Prefix especially has allowed me to review music from every genre I feel inclined to so now I have a stack of PR contacts to draw from. Myspace has also been a huge part of me gaining confidence. I have been able to directly connect with many of the artists that I am writing about to share my words and get their love and support.

I do not want to use this page to brag or boast about the things that i experience but rather share with others who express an interest in me or the choices that I am making. I hope I can inspire others to create their own unique paths to show that you do not have to have a cookie cutter career. The sky is the limit! Find what interests you are pursue that since that is the way to your own happiness!