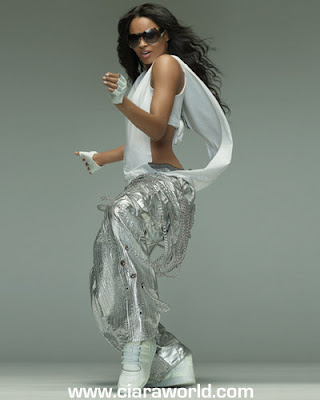 Ciara
The Evolution
Label: Laface
8.0 out of 10
By Norman Mayers

Ciara literally burst onto the scene two years ago with her ubiquitous hit “Goodies” and it’s equally explosive follow-up “1, 2 Step”. These two tracks alone were enough to push her albums sales past two million, taking her from unknown to current queen of dance-pop. With her sophomore release The Evolution, Ciara would have us believe that she is all grown up and has evolved into a whole new style. While that isn’t exactly true, Ciara’s The Evolution does stand as one of the best dance albums of the year. Where 2004’s Goodies was loaded with a lot of middling filler tracks, this new album remains consistent in style and quality.

The Evolution is about as good as it gets in terms of dance-pop production and style. Ciara’s style hasn’t exactly evolved but it has been streamlined focusing on her strengths, namely the ability to come up with some serious club jams. Many of the tracks literally explode with such force and speed that they are sure to appeal to fans of electronica, breakbeat and drum & bass. Album opener “That’s Right” and “Bang It Up” are crisp productions that crackle with kinetic energy and furious sparks of percussion. The majority of the album takes the classic breaks and sounds of 80s hip-hop and electro but updates it with precise skill. The list of producers includes The Neptunes (“I Proceed”), Will.I.Am (“Get In, Fit In”), Jazze Pha (“Get Up”), and Lil John (That’s Right”), so the results are pretty much destined to be on point.

The entire release bumps with exciting beats and catchy hooks such as the irresistible “Make It Last Forever”, which references Ron Base’s classic “It Takes Two”. The album highpoint is the first single “Promise”, probably the best slice of sci-fi R&B since Aaliyah’s “One In A Million”. With its undulating mid-tempo rhythm and robotic effects, its stands out on an album that is full of many standouts. “Like A Boy” is Ciara’s attempt at depth, with lyrics that suggest she wants to flip the script on heartbreaking men. But Ciara isn’t about lyrical depth; she’s about booty shaking, so it’s no wonder that the only weak areas of the album are her forays into ballads. The handful of slow jams are disposable at best as are the brief interludes describing her “evolution”.

Despite the few throwaway ballads, The Evolution is a very strong release that delivers what the artist is known for: hot beats, killer hooks, and club bangers. With this release Ciara has pretty much earned her spot as the new dancing queen of R&B/pop.

The City Gym Boys in LA 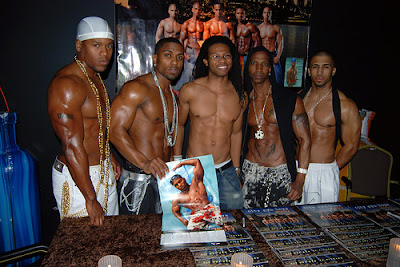 This weekend I had the privilege of meeting the City Gym Boys during their stay in LA. The City Gym Boys are a group of multi-cultural men who promote health and fitness in the inner city. They were in LA promoting their 2007 calendar. I got to meet them and chat with them and for the most part they are pretty down to earth and approachable even though they can sometimes look like they will rip your head off.

These guys have ridiculous bodies as well and are most definitely inspired! Enjoy the pics. 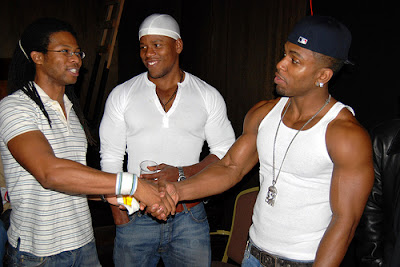