2011 is really kicking into high gear for me and the Nu-Soul Magazine machine. I am apart of two killer events happening this Thursday night at the Stone Rose Lounge inside the Sofitel, the beautiful hotel located next to the Beverly Center.

Staring at 7pm I am joining forces with Jacqueline Schneider of The Mint Collective to present Collective Perspective, a networking event for LA creatives. 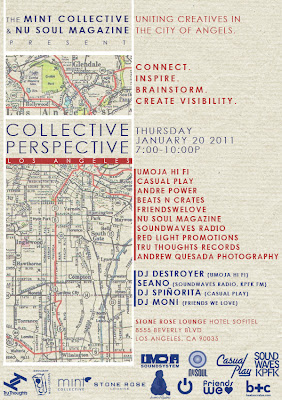 The later that night I will be hosting Lust Affair with Jenn Laskey as we present a special album preview and DJ set from R&B lover man Jon B. 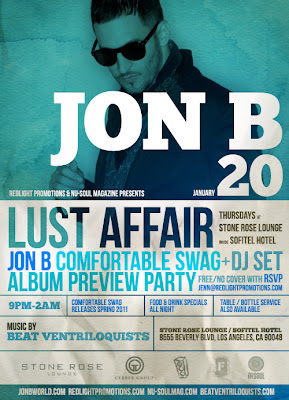 Both events are free! See you at the Stone Rose!

It's a new year and I am back with my first party of the year! The Broke As F**k parties have been steadily gaining momentum and I have had a good run of shows since the summer. Looking forward to seeing LA's breakbeat movement keep growing! Get all the info below! 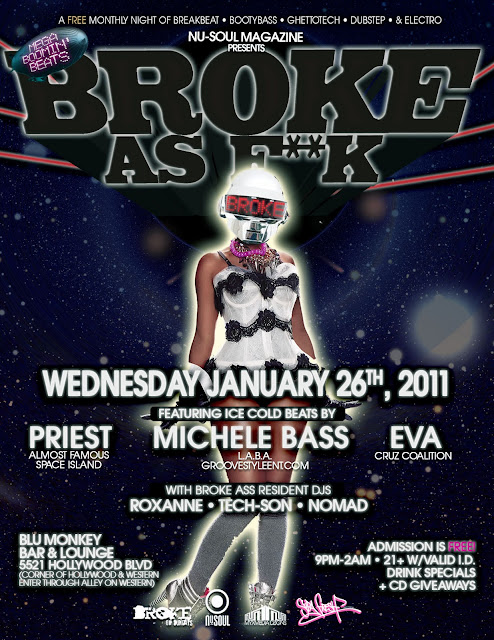