This just in! Fresh off her showstopping performance in Downtown LA's
summer series, acclaimed soul artist Goapele will be hosting a special
BET Weekend Kickoff event at the Conga Room at LA LIVE. The gorgeous
and talented singer will be hosting the evening and performing a few of
her best songs and Nu-Soul Magazine has a special guest list for you!
Simply send an email with the subject GOAPELE to events@nu-soulmag.com with
your name and number of guests to get in FREE before 1030pm.

An evening of Eclectic Soul Fusion

Wednesday July 21, 2010
Strictly Social takes place on the 3rd Wednesday of every month at
LA’s charming Little Temple, continuing the legacy of the renowned
Temple Bar, by featuring a carefully selected showcase of artists and
DJs that reflect the Nu-Soul sound. This monthly event always features
the hottest artists pushing the boundaries of soul and a vibe that is
truly unique.
Featuring Live Performances By:
HAVANA Entervention Promo Tour

Southern California’s soulful singer-songwriter Havana has a lot in
common with the flava-filled Caribbean island’s fresh liberation. On
her 2005 debut she worked with an assortment of talented producers such
as Nicolay, Symbolic One and Waajeed selling an impressive 18,000
units (physical & digital) to date. Her upcoming new album Entervention,
which features production by producers like Trackademicks, GB (Sound
in Color), Brook D’Leau (J*Davey) and Beat$treets, celebrates the
coming to grips of Havana’s hard upbringing with her life, using music
to express her experiences and family issues, but never forgetting to
have fun along the way. Havana wraps up her run on the Entervention and
Strictly Social promo tours with her LA album celebration.
http://twitter.com/soundsofhavana

On his sophomore album, Confessional, Russell Taylor has
revived the true meaning of sacrifice, “to make sacred,” and given us
sensuously starved listeners an intimate view of romantic relationships
draped in musical decadence as in times past. A truly dynamic performer,
Russell is set to blaze the Strictly Social stage for the first time
with his own brand of grown and sexy.
http://russelltaylor.net

$10 at the door
Strictly Social 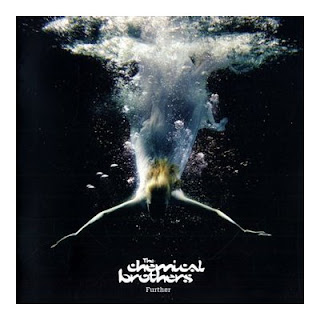 I reviewed the new album from the Chemical Brothers for Urb Magazine.

SOUL FRIDAYS is here in Friday June 25
and we're celebrating the life of Michael Jackson with a special tribute
event!
Your host Scetch and special guest DJ from Chicago Mark
Fullaflava will be providing the MJ goodness all night!
And the
best part is that it is FREE ALL NIGHT!
Drink special and
appetizers from 9pm-11pm

My review of Afta-1's FORM

Afta-1 is one of my favorite artists right now! I have been digging his music for a couple of years and this year I finally got to work with him. I booked him to perform at Strictly Social in January and brought him out to San Diego last month. I also have a show this weekend with him. So needless to say I have Afta-1 on the brain! But here is my review of his second album, FORM.

Wednesday June 23, 2010
Nu-Soul breaks the mold with BROKE AS F**K, a free monthly event
showcasing breakbeat music in all its forms. Join us for a night of
breaks, bootybass, ghettotech, dubstep, electro bass, and more!
Featuring Bass Blasting Sets from:
DIP VERTIGO

($5 Parking Available in Back Alley)

Funky fresh soul rooted in the cultures
of the world is the best way to describe Paola Jean's music, an
amalgamation of soul, funk, pop, and world.
Read my interview for Nu-Soul Magazine

I had the honor of being interviewed by TC Izlam on his new online radio show on Hot Talk LA! This brotha is the son of Afrika Bambataa of Planet Rock fame and has his hands in everything from old school electro to drum & bass to breakbeat. Props to TC for putting me on his show! I got to talk about Nu-Soul, Strictly Social, Soul Good, and Broke As F**K

You can hear the show HERE

Saturday June 19, 2010
Nu-Soul joins the Downtown Los Angeles Renaissance transforming a 100
year old speakeasy in the Alexandria Hotel into a unique experience in
sight + sound.
This special night will feature live performances from cutting edge
talent, art exhibitions from a diverse set of local artists, mood
enchancing visual projections, and LIVE ART all within the one-of-a-kind
setting of The Mezz.
Performances by:
NIKKO GRAY + AFTA-1
Nikko Gray will astonish you with her sultry and powerful voice and a
sound that owes as much to classic artists like Sade as it does to
future soul champions like Little Dragon and J*Davey. With the recent
release of her debut album Love Seen, Nikko has been building a
steady buzz and a growing fanbase. See her perform over the
intergalactic beats of Afta-1.
http://nikkogray.bandcamp.com/

FREE with RSVP to events@nu-soulmag.com
The Mezz @ the Alexandria Hotel

The Mezz Bar at The Alexandria Hotel is Downtown L.A.'s newest bar in
it's oldest location. Located in the heart of the new downtown LA, the
Mezz provides the feel of a speakeasy but with gorgeous detailed
ceilings, a stage, and plenty of space to roam.
at 7:09 PM 0 comments

Win a Kelis Poster from my site Nu-Soul Magazine

Do you love Kelis? Do these images appeal to you? Would you be content to stare at them on your wall all day long? If the answer is yes, then YOU can win this exclusive double-sided Kelis poster promoting her upcoming album, Flesh Tone. The poster is 14x22 and if you get tired of one side, you can flip it over to the other! The beauty of the 2 sided poster!
To win, send your FULL LEGAL NAME and mailing address to info@nu-soulmag.com with the subject "KELIS CONTEST", with a form of contact, either e-mail or phone number. Entries must be in by June 11.
If you still need more Kelis in your life, you can listen to the second single from her upcoming album, entitled "Fourth of July" HERE
at 10:17 AM 0 comments