Thursday May 13, 2010
Nu-Soul Magazine's monthly event Strictly Social is hitting the road
again. This time it's to the city by the bay, San Francisco, for a
collaboration with renowned weekly Pacific Standard Time. Join us as we
bring the Strictly Social vibe of "eclectic soul fusion" to San Fran
with a carefully selected lineup of talent that is sure keep heads
bouncing in the Bay.
Featuring Live Performances By:
ERIK RICO - Strictly Social Tour

Southern California's soulful singer-songwriter Havana has a lot in
common with the flava-filled Caribbean island's fresh liberation. On her
2005 debut she worked with an assortment of talented producers such as
Nicolay, Symbolic One and Waajeed selling an impressive 18,000 units
(physical & digital) to date. Her upcoming new album Entervention,
which features production by producers like Trackademicks, GB (Sound in
Color), Brook D'Leau (J*Davey) and Beat$treets, celebrates the coming to
grips of Havana's hard upbringing with her life, using music to express
her experiences and family issues, but never forgetting to have fun
along the way.
http://twitter.com/soundsofhavana
http://www.soundsofhavana.com/ 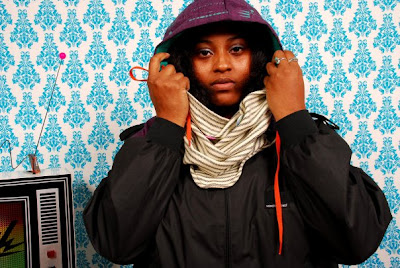 Iman is soul music, radiating its echo from the inside out. Her sound
has been described as fresh, inviting and intimate. She’s the beginning
to a genre unclassifiable. Witness the eclectic funky flavor of this
rising underground talent.
http://myspace.com/theimanwilliamsproject
DJ Sets by:
Strictly Social Resident - DJ DESTROYER

http://www.djsake1.com/
NO cover - FREE ALL NIGHT