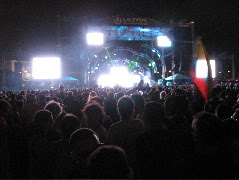 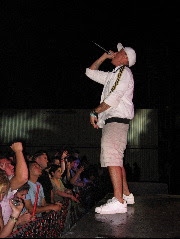 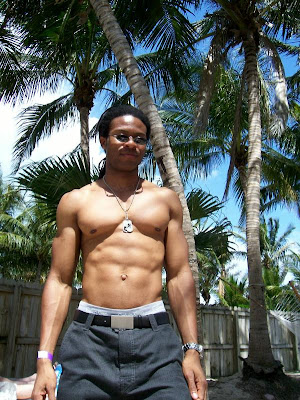 Christmas is long gone and there are still a few more months to go until summer. But never fear, the Winter Music Conference is here. This annual event takes place in sunny Miami for one week in March and anyone who is anybody in electronic dance music is there. The Winter Music Conference began more than two decades ago as an actual conference for the dance music community to discuss their industry. But where there are DJs, parties are sure to follow and since its humble beginnings the WMC has grown into a sort of meta-festival that lasts a full week. The Winter Music Conference is simply too big to comprehend with the entire dance music community descending upon Miami for a few days of hedonistic insanity. Every DJ, producer, publicist, magazine, journalist, photographer, or fan with any sort of invested interest in electronica will make the journey and as such Miami itself becomes the world’s biggest rave. The city itself seems to become a massive festival with literally hundreds of events taking place throughout the week. Everything from poolside parties to yacht parties to all-day raves to penthouse events to sunrise soirees can be experienced. And these are not your ordinary parties, mind you. The most recognizable DJs, promoters, and labels from around the world are in town giving the people the best dance music around for relatively low prices. Whether you are into house, drum &bass, trance, breaks, hip-hop, or electro you will find only the best of the best during WMC. After almost a decade of going to this marathon of mindless fun, I have perfected the balance of work and fun, interviewing artists during the day and dancing all night. Rather than give a play by play of the entire week, here is a look at the events that rocked my world (or at least the ones I can remember) during my sun-drenched week in Miami.

Bring on the Beats

This killer pool party at the South Seas Hotel is everything Miami is all about: lots of fake breasts and booming bass in the perfect setting to enjoy both. DJ Brazen and crew provided an impressive lineup of major breaks talent that included DJ Icey, Jen Lasher, Scratch-D of Dynamix II, and Dominic B of the Stanton Warriors. With both indoor and outdoor sound systems upgraded by Stanton-Cerwin Vega, partygoers were given plenty of variety. While the major talent kept things hot outside, it was smaller names like Supernaut that really dropped the funk in the smaller indoor area.

DJ Craze is, hands down, one of the best DJs on the planet, known for spinning everything from drum & bass to old school. Lately he’s been in the mood for Miami Bass and with this event Craze was able to represent all things that were Miami Bass with a whole lot of breaks, hip-hop and turntablism thrown in. There were plenty of high points throughout this night of turntable masters. Kanye West’s DJ A-trak dropped everything from popular radio cuts to classic hip-hop while DJ Craze gave his fans a full hour of classic Miami Bass insanity. Z-trip kept the momentum going with an eclectic set that had the packed crowd bouncing.

For years San Francisco based Om Records has been dropping some of the coolest house, downtempo and hip-hop and each year they grace us with a spectacular showcase of their artists and friends at one of Miami’s best venues. This year was no exception as the people of Om put together what was probably the best event during this year’s conference. This year’s event was held at the incredible Y Ultra Lounge, a venue of unprecedented beauty that was almost too amazing to be true. This ridiculous space came with 5 distinct areas, 4 of them indoors in gorgeous modern décor with a bumping soundsystem, and one massive outdoor area that was literally a tropical oasis. Amongst the palm trees, wood brides, waterfalls and winding rivers was a massive grass dancefloor covered by a tent. And with sets by exceptional talent like DJ Heather, Collette, Mark Farina, DJ Sneak and a long list of other top house jocks, the vibe will probably remain the highlight of my entire year.

Independent hip-hop label Stones Throw held this charming event at the Raleigh Hotel. With it’s sandy beach vibe and laid back hip-hop grooves by Peanut Butter Wolf and Madlib, this was the perfect way to usher in the night after a full day of party hopping.

This event was pure heaven for anyone with even a passing interest in breakbeats. With five rooms of sound and over 2,000 beat lovers in attendance this was definitely a highlight of the week. Major talent like Uberzone, DJ Icey, Krafty Kuts, and Stanton Warriors kept the masses entertained but it was the electro bass room that yielded the night’s most rewarding musical experience. Performances by Craze, Kuad Soundsystem, Supreme Ja, and Scratch D were so intoxicating that I simply was unable to move from my spot for hours. These promoters just seem to get better each year, representing this often marginalized style of electronica with high-end respectability.

The rain put a damper of what was Ultra’s biggest year yet. Sprawled out over two consecutive days with sets on Day One from 80s legends the Cure and on Day Two from just about every DJ on the planet, Ultra was almost too large to comprehend. The massive Bicentennial Park seemed to take two hours to walk around and the rain and mud made it difficult to get around. But the music was constantly a revelation whether it was the always impressive Carl Cox or the consummate professionalism of drum & bass icons Planet of the Drums. Although Ultra may not have been the talk of the town as in previous years, it remains one of the iconic experiences of the American dance music scene.